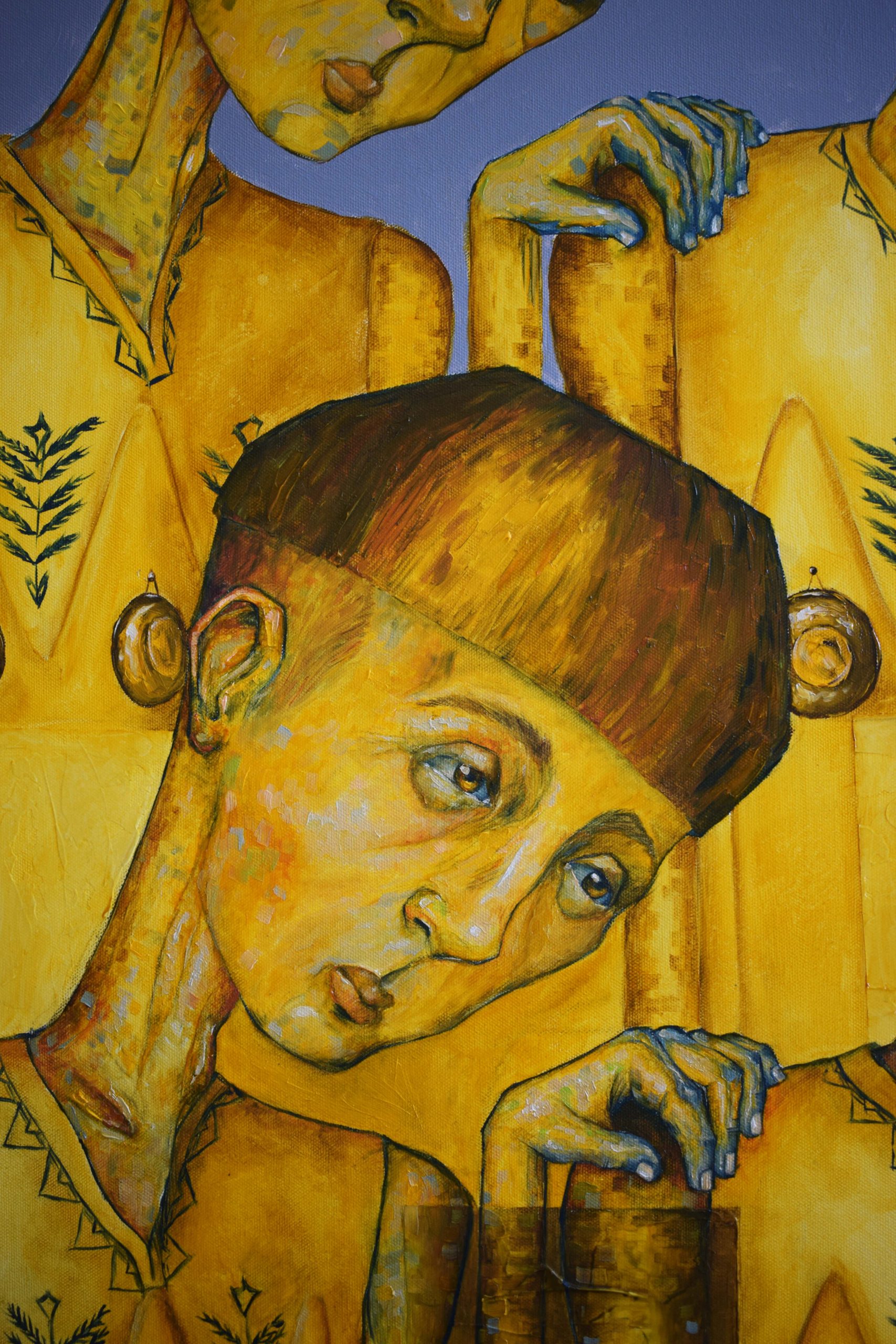 Blue is me  is painting full of Symbolism, it meant to speak to the viewer; cause there are beings that reveal only the cloned patterns through centuries of time, These beings have no question of being and it’s relationship to existence, This stereotype is coherent through customs and traditions, And in the third world also coherent through the participation of women in the groans and tears and silence and living all the time in mask disguises rejection and rebellion and the sense of injustice, This stereotype of women is like the bad humor that we must hear time after time, without interruption. This pre-natal stereotype has become a fact that can not be questioned or rejected, This repeated image does not accept difference, Or to stop thinking in the same way, This way of thinking is the best evidence of memory being used instead of the mind, there is a repetition of surrendering, stolen will, and sadness pattern, each is leaning head on the other in search of sterile solidarity, solidarity for the groans, the suppressed cries and the many of countless tears, each of them putting her hand on the other’s shoulder to seek help, but this typical model can not provide assistance to itself or others, in the other hand, the blue one, she is the only one that is fully self-reliant and has rid itself of all customs and traditions and the legacy of underdevelopment. This is what has been pointed out by its unconventional clothes. It has removed all that binds it and deprives it of life and equality. Blue has been chosen because it is the color of passion, color of desire, scarcity and originality, but this doesn’t mean she was born like this , she have been punched into the flock once she born, but her will for change and equality, we can see that she had the same copper dishes on their chest, but she could take them off after all.